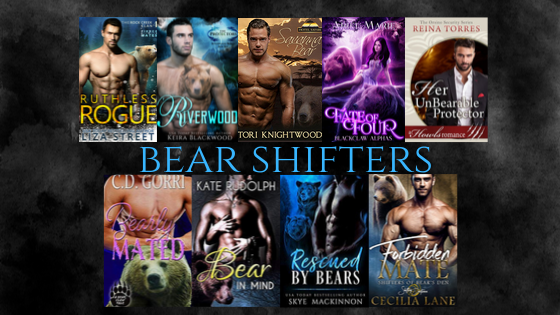 I have a new bear shifter hitting the ebook shelves on November 19th, so it’s high time I rounded up some sexy bear shifters to share here on the blog! 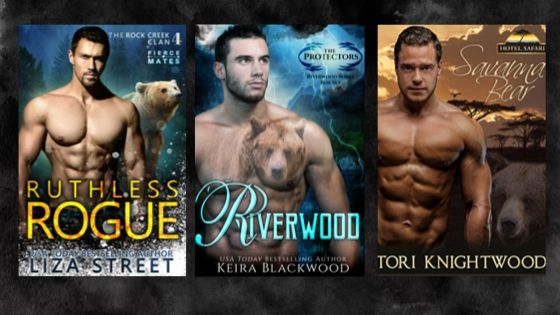 Here’s that pre-order I was talking about. 😉

With an appetite like his, one night is never enough. A quiet bookstore owner and a possessive grizzly shifter are thrown together during a battle for a rare book.

Secrets, lies, passion, and murder. A small town sheriff meets her match when a huge grizzly enforcer comes to town posing as a federal agent. She thinks he wants her case, but all he really wants is her.

A serial monogamist. A buff photographer. Her experience and his muscles might just make magic.

Find it on all retailers. 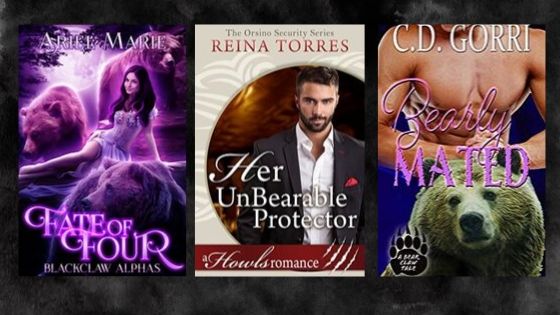 Fate of Four by Ariel Marie

One powerful witch. Three alpha bears determined to possess her. They would do anything to protect her–even if it means war.

Her Unbearable Protector by Reina Torres

The head of Orsino Security was hired to protect her for a week. Instead, his bear wants to claim her forever.

He’s an artist, she’s a doctor, can their worlds mix long enough for them to be mated? 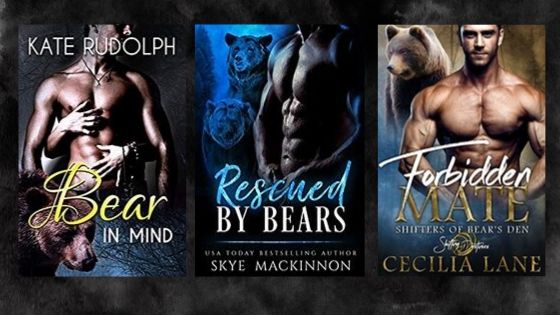 Bear in Mind by Kate Rudolph

Grizzly shifter Derek Lacroix loves his mountain hideaway, but he doesn’t love being alone all the time. When a curvy little human comes across him in his bear form, it doesn’t take Derek long to realize she could be his mate. But how can he explain his hidden nature in a world that doesn’t know shifters exist? And what will he do when he finds out she has secrets of her own?

Find it on your favorite retailer.

Rescued by Bears by Skye MacKinnon

Find it on your favorite retailer.

When Leah learns a secret she was never meant to discover, bear shifter Callum must keep her captive to protect his clan.

Well, I know my TBR list grew a bunch as I looked over these bear shifter books–I hope yours did, too! There are even more bear shifter books out there, though, so if you have a favorite, give it a shout-out in the comments! I’ll also be putting together more of these round-ups in the future. <3