The fourth book in the Charmslinger series, Blood Brothel, will be released in September 2021! 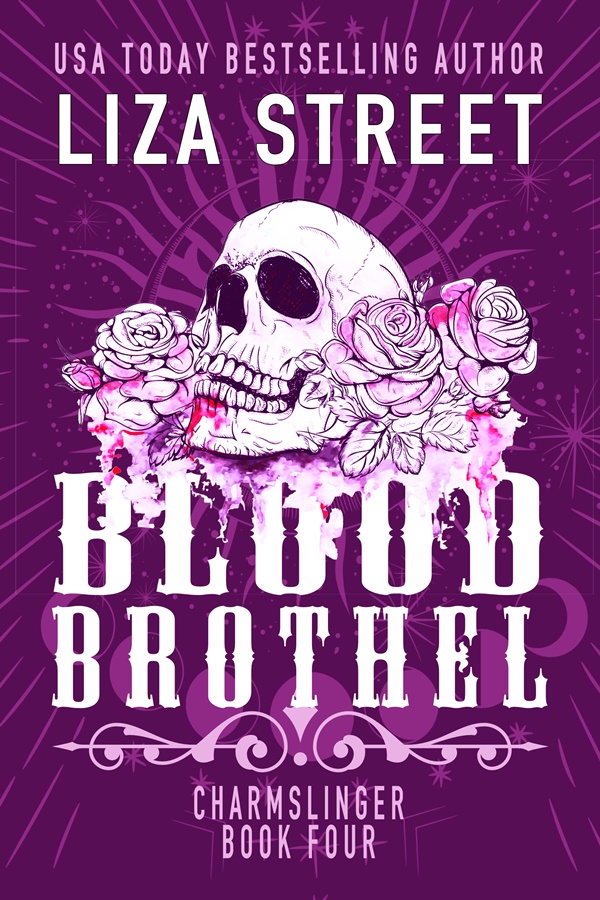 Caught by the curse of a faithless fae, Gracie’s posse can’t say no to a mysterious bounty that takes them deep into the territory of their nightmares.

Everyone’s heard of Saintsville because of Stolen Roses, the brothel that caters to every desire. But it turns out Saintsville isn’t just the town that hosts Stolen Roses—it hosts all manner of nightmares, plaguing the dreams of locals and visitors alike. And somehow, Gracie Boswell and her posse have to wrangle the truth from those nightmares in order to find a missing outlaw and untwist Gracie’s curse.

Between navigating a new relationship with one of her posse, sending messages back to her fickle fae client, and trying to sleep when every dream is filled with terrors, Gracie will need to keep her grip tight on not only her heart, but her six-shooter.