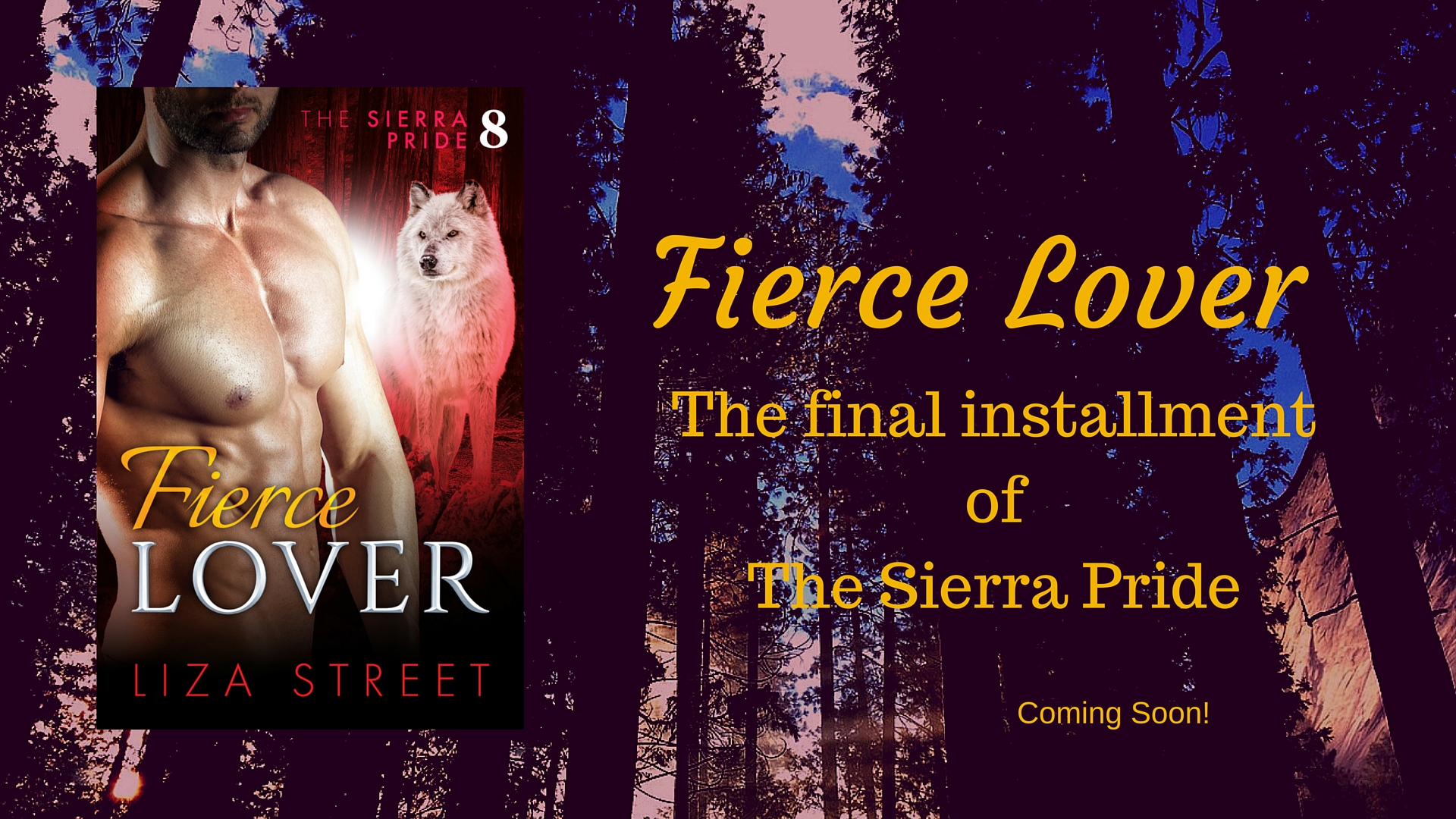 This novelette is the final installment of the Sierra Pride series!

Starla Fournier never thought she’d see her loved ones again, and that included Rourke Mackenzie, her childhood friend. Plagued by guilt and shame from the circumstances surrounding her disappearance, she’s finally reunited with her family. The reunion is tainted by the knowledge that her adoptive pride is anxious for her return. Worst of all, seeing Rourke after all these years will make her question arrangements that have already been set in motion—arrangements that will interfere with their chance to be together.

A wolf shifter, Rourke Mackenzie has spent the last eighteen years trying to forget Starla. He finds absolution in the flames he battles as a firefighter, in the bottom of a bottle, and in the arms of a long string of one-night-stands. When he finally sees Starla again, the wolf inside of him wants nothing more than to claim her as his, but his human side can’t ignore the betrayal of her disappearance. Just when he thinks they’ll be able to resolve their differences, a dangerous shifter steps forward to claim her. Rourke will have to act fast in order to protect his mate.

Due to be released on December 7th, Fierce Lover is available for pre-order now at Amazon and AmazonSmile.