Magic and Mayhem is out today! Keira Blackwood and I have a book in this anthology, and it’s part of our Spellbound Shifters: Fates & Visions series. It’s the beginning of Wren Solaris’s journey. 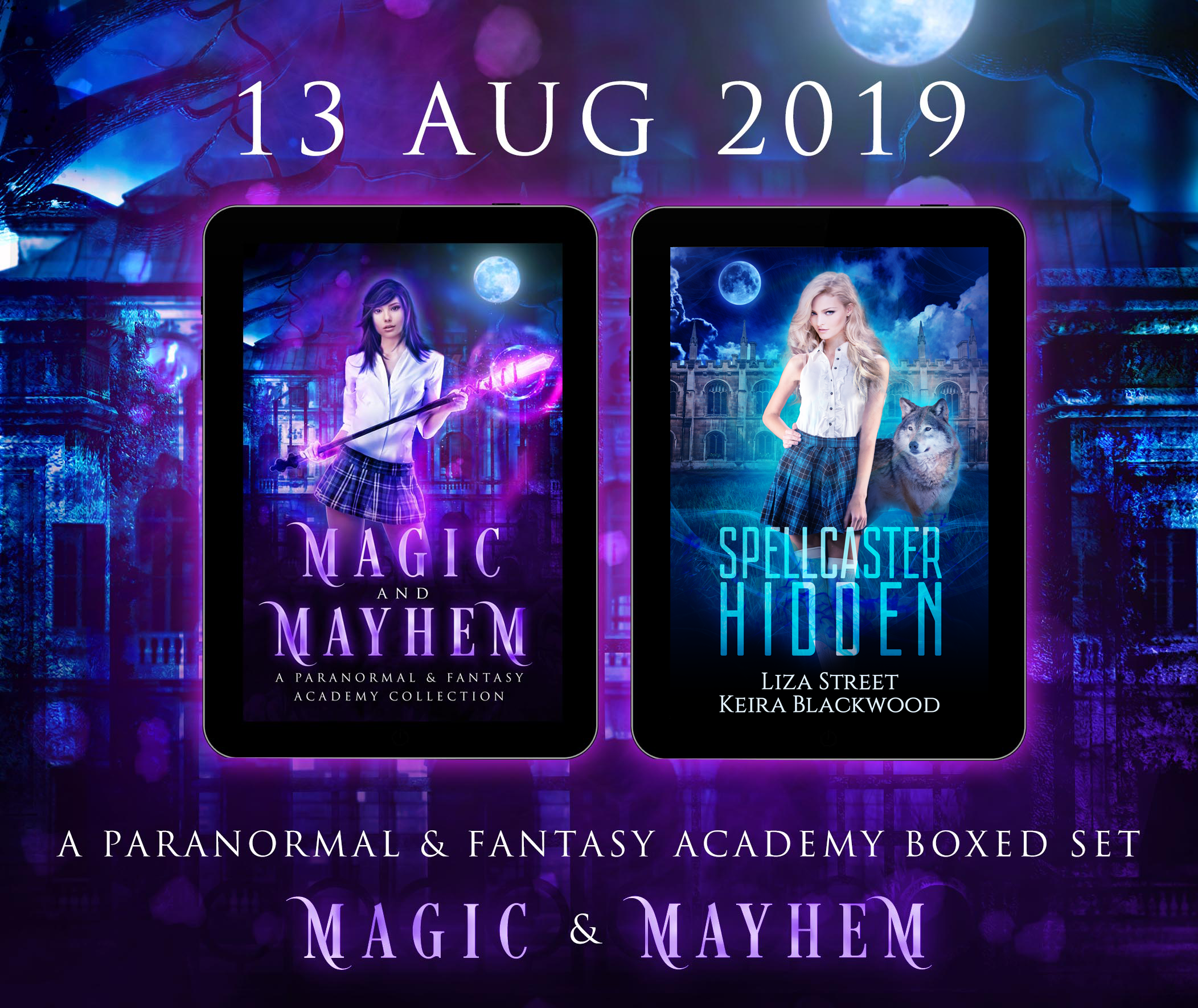 This is an excerpt from Spellcaster Hidden…because what could be more fun in a magical academy, than a magical version of Spin the Bottle? In this game, people toss a ball of light back and forth. If it turns red, the person who threw the ball and the person who caught it have to kiss, or they suffer some magical consequences. In the excerpt, our heroine has just caught a ball thrown by her teacher’s assistant. 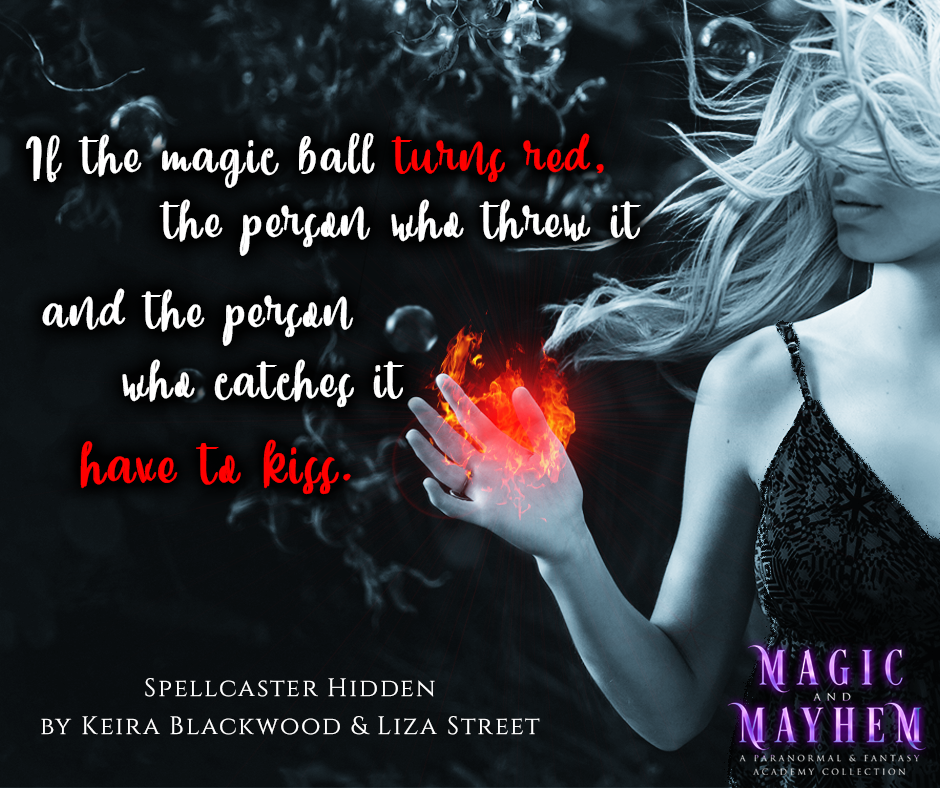 There was no time to think. Instinctively, I reached out and caught the ball.

It turned red. Everyone cheered.

I hazarded a glance at Maxwell.

Well, that stung more than a little.

I didn’t know how to get rid of the ball. If I threw it really fast, maybe the magic would move on.

My palm started to itch. In the glowing red light of the ball, it looked redder than it should have. The itch turned into heat, and a burn. I was determined to suck it up. I’d let my whole freaking hand fall off before I kissed some asshole who was so obviously repulsed by me.

Jace was staring at me, his eyes wide. “That has to hurt,” he called.

It did. It hurt like a motherfucker. My eyes were watering, but I blinked back the tears. Fire was nothing to my pride.

Suddenly, Maxwell was standing right in front of me.

“Morgan,” he said, his voice mocking.

Damn him, he wasn’t giving any sign that he was hurt.

“I need your consent,” he whispered. The expression in his blue eyes was turbulent—dislike, desire.

He didn’t like me, yet I could tell he wasn’t repulsed by me. He wanted me. Infuriating man. Maybe giving me a bland peck on the lips was just the punishment he deserved.

Feeling pissy and contrary, I said, “Yes, you have my consent.”

The kiss was not bland like I’d expected—far from it. It was bruising and punishing—there was nothing sweet or soft as his lips met mine. They moved against me in a way that made me sigh into him. Taking advantage of my parted lips, he swiped his tongue against them. I opened more, and gripped his arms as if holding him in place. He tasted like cinnamon, fiery sweet. 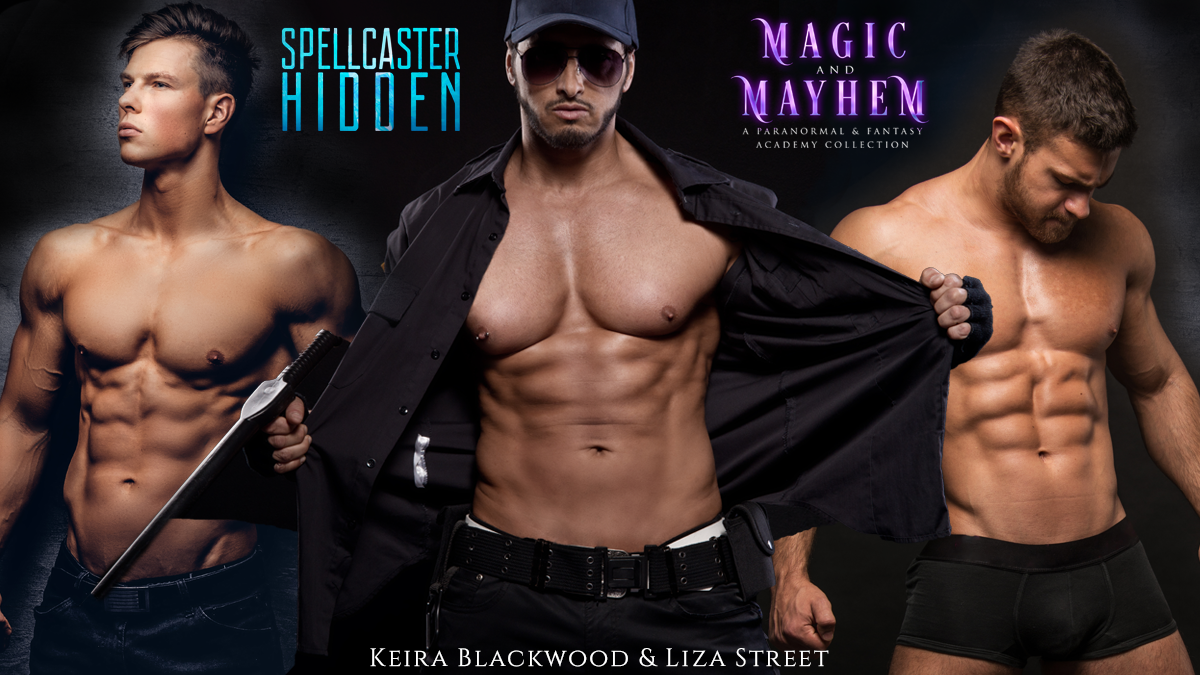 Keira and I put together a game where you can spin a wheel to find out which of the leading men in Spellcaster Hidden you’ll kiss first! It’s not quite as fun as throwing around a glowing magical ball, but it’s the closest we can come. 🙂 Check it out by clicking here, and let us know who you won!

Want to win a Kindle Fire? Check out this giveaway here! http://alwayswrite.club/awcs-featured-book/MagicAndMayhem

If you haven’t already gotten your copy of Magic and Mayhem yet, don’t wait, because soon it will be coming down off of Apple Books, B&N, and Kobo.