Something was wrong, and Rex drove fast from his apartment toward Gemma’s hotel.

Once her hotel room was in sight, he froze in place. The door was open a crack. He wanted to fall to the ground, because he already knew this was bad.

The combined scents of Gemma and Masters and Corbett were in the air. They’d come for her. They’d seen him and Gemma together, and they’d figured out his weakness. They knew how to keep him fighting.

Knowing he’d find nothing good, he stepped into Gemma’s room. Her bags were packed, waiting by the door. On top of them was a note. Main show tonight, asshole, or you’ll never see her again.

He locked Gemma’s hotel room door and ran back out to his car. The wolf in him was ready to tear apart the town looking for his mate.

Maybe Jim would know where Corbett and Masters stayed. He’d known how to get in touch with them, so Rex sped to the gym.

He went inside. The place was completely empty. No fighters, nothing. The music was off, no heavy bass pulsing through the building.

“Jim?” he called. He walked past the fighting ring, past punching bags that were hanging motionless from the ceiling. It had been hours since anyone was here.

Feeling as if he were moving in slow-motion, he walked to Jim’s office. Before he could open the door, the stench hit him. Blood. Violence.

Not wanting to open the door, but knowing he had no choice, he swung it open.

Jim’s body lay on the ground, a bullet wound in the chest, blood in a puddle surrounding him.

Rex turned away, closed his eyes. Why Jim? What had the old man ever done?

Jim knew where to find the thugs, that was why they’d killed him. They hadn’t wanted him to talk. Because, in the end, they’d known that Jim would be loyal to Rex.

Rex whispered something, an oath, a prayer, he wasn’t sure, and walked back out of the gym on shaking legs.

Fuck them. They wanted a fight? He’d bring a fucking fight. He’d get Gemma back and he’d rip apart anyone who stood in his way. 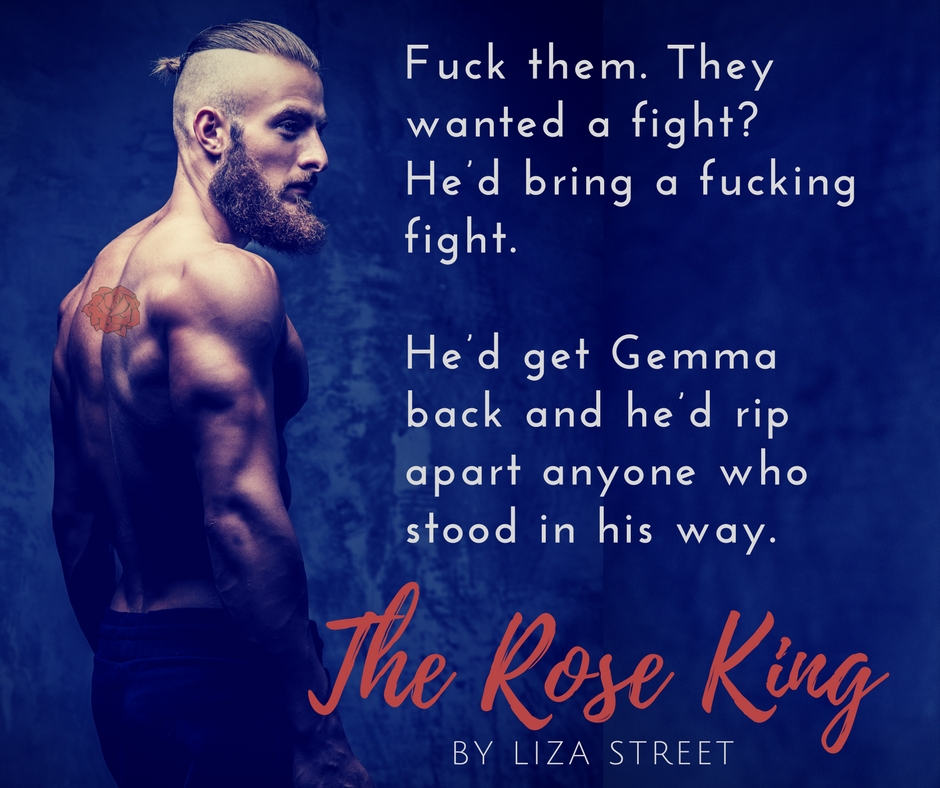 Gemma was bound with duct tape, which gouged into her skin. The grody office chair where she sat was sticky against her jeans and stank like cigarettes.

She was gagged with a strip of fabric. It cut into the sides of her mouth. Calling for help, impossible. Her wrists had gotten sore from being pulled behind her back, and she wondered when the circulation would finally cut off and she wouldn’t feel anything at all.

The larger thug was nowhere to be seen, and the smaller thug was sitting in a chair at the door to the office, leaning back and staring at something on his phone. Just another day guarding a kidnapped woman, was that it? She wanted to throttle him. Her emotions ranged from terrified to furious, and right now she was mostly furious.

She used her numbing fingers to feel along the rear side chair. There was a sharp edge at the back, a bit of metal that the ruined stuffing had exposed. Very sharp, she thought, as she pricked her finger with it. She winced, but the guy guarding her didn’t notice.

Easing back in the chair a little, she tried to line up her wrists with the poking bit of metal. If she could just get it right, maybe she could cut the tape that bound her.

She worked her hands up and down, thankful the guy was too enamored with his phone to notice that her shoulders were moving up and down. The tape caught on the sharp piece of metal. Perfect. Her heart thudded in her chest as she continued rubbing the tape against the chair. Nothing was giving or releasing yet; the duct tape was thick—they’d wrapped it twice.

She just had to be patient.

While she carefully worked at the tape on her wrists, she checked out the room for weapons. Because once she was free, there was no way that asshole was going to let her frolic out of the room. So she’d have to stop him somehow. There was a pen on the desk, and she could try stabbing him with it, but the thought made her feel squeamish. Could she dependably stab someone with a pen, even in self-defense? She wasn’t sure, and if she were to hesitate, she’d lose the upper hand.

The pen was still an idea. She filed it in her mind. The folders on the desk, useless. Unless he felt like standing still while she gave him thousands of paper cuts.

Tempting, but not a practical option.

If only there were something else that she could use.

When she spotted the fire extinguisher on the floor, half-hidden behind the desk, she knew she’d struck gold. She’d just have to be fast about grabbing it when it was time.

A few more minutes of sawing with her tape against the sharp metal. She didn’t know why she was here, exactly. Rex had hinted that there was danger, but he hadn’t explained.

Sounds erupted above her. Loud, thudding bass. Cheering. Was this the fight warehouse?

Should she have just left when Rex first told her to? Maybe. But then they wouldn’t have been together.

No, she’d get out of this. She was scared, yes, but she was pissed. None of those “what if I’d done this, what if I’d done that” thoughts were going to get her closer to freedom. She had to focus her attention on one thing—breaking this tape apart without the man noticing.

The tape felt looser, but she wasn’t sure if it was her imagination. She wished she could see what she was doing. The guy glanced over at her and she froze. His attention went right back to his phone.

She made a few more sawing motions with her arms, and then she felt the release.

Free. Finally. She wanted more than anything to pull her arms apart, stretch them, let the blood flow naturally again, but she couldn’t risk it. Instead she flexed her muscles to make sure everything worked. She’d have to be fast.

She needed to get the guy over here somehow, though. Seduction? The idea made her want to vomit. Pretending to like this asshole, no way. Instead, she did something she’d seen in a television show once. She closed her eyes, let her face go slack, and pretended to have a seizure. While shaking violently, she inched her chair closer to the fire extinguisher with her feet. The extinguisher was now nearly within reach.

She didn’t say anything, since she was gagged. He was in the perfect position, looming over her with a look of annoyed panic on his face. With him this close, she was able to reach back, grab the fire extinguisher from behind her, and bring it across to the side of his head.

He fell with a groan.

She hadn’t killed him, she didn’t think. She’d figure it out later, or not. Right now, she just needed to get the fuck out of this room. She snagged his phone on the way out, and closed the door. It didn’t lock, but she shoved a chair under the door handle and maybe it would slow him down once he woke up.

She ran down a set of metal stairs, toward what sounded like the fight. Standing in a little shadowed recess at one of the landings, she looked out at the scene before her. There was the cage, below in the center of the wide warehouse. Rex stood in the middle of the cage, and the announcer was saying something about him being the winner. The loser was dragged out of the cage, but this time, Rex didn’t go out another door. He stayed inside the cage. Wasn’t he supposed to be done after one fight?

The crowd cheered, hundreds of voices lifting up to celebrate…violence? Blood? Gemma’s stomach churned. None of this was right.

“For those of you who just got here,” the announcer continued, “the Rose King has agreed to fight three separate fights tonight, one right after the other. He’s won two already—one left to go, and it’s with a brand new fighter. Place your bets, ladies and gentlemen. I’ve already placed mine, that by the end of this third fight, we’ll finally have a KO for the Rose King!”

Gemma shuddered at the back of the little landing. She needed to get down there, though. In front of all these people, those guys wouldn’t be able to grab her again. Not without tons of witnesses. And as bloodthirsty as all these people were, she didn’t think they were all capable of watching a kidnapping go down and doing nothing.

She hurried down the steps. In the shadows, nobody noticed her, so she joined the crowd.

The announcer raised his hand, and the cheering quieted slightly. “And here comes the Rose King’s last opponent tonight—a man we call Alaska!”

And then she watched as a monster came out—a man bigger even than Rex—who popped his knuckles and eyed Rex as if he would eat him alive. 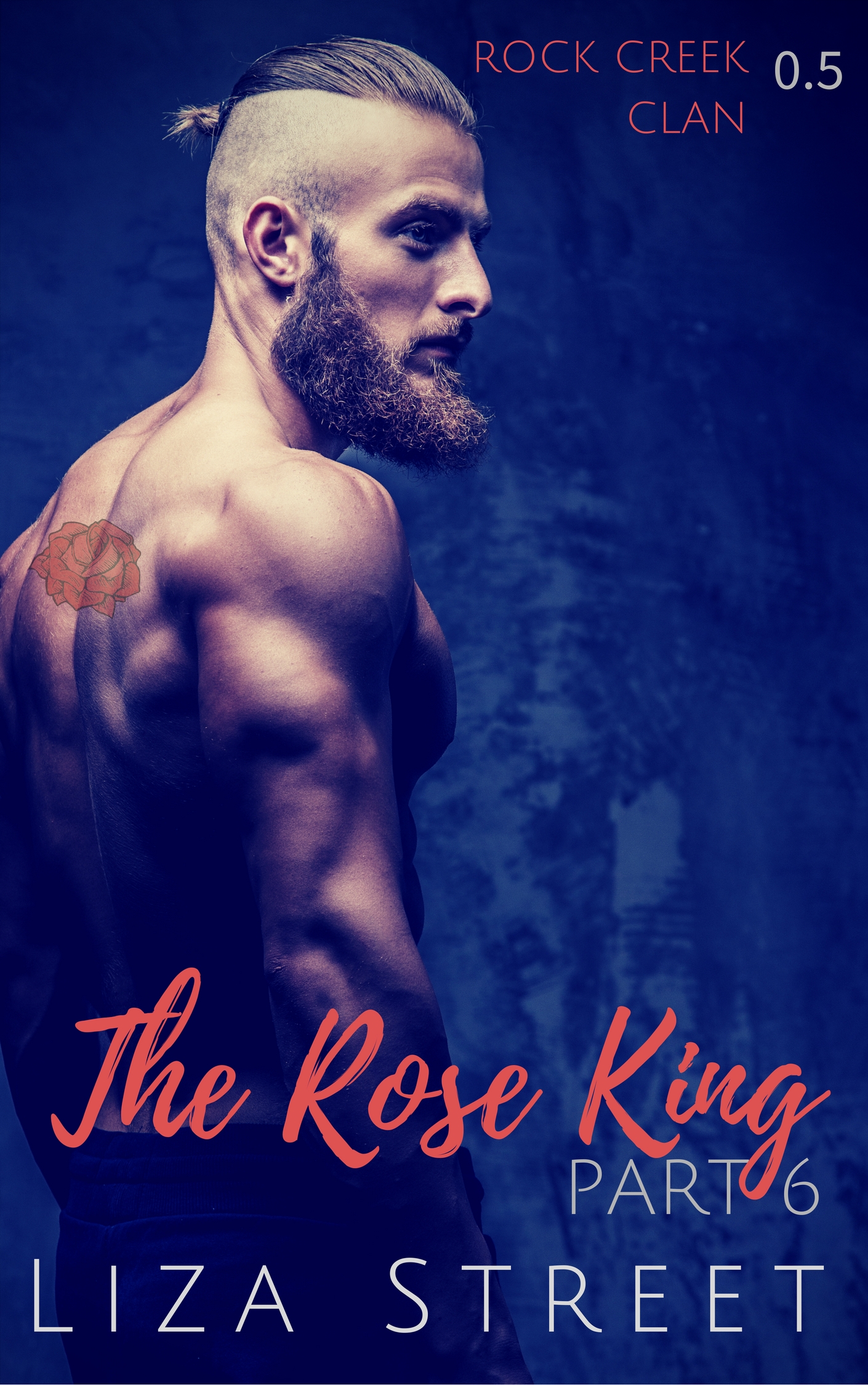